Overcoming the Effects of the 3/11 Great East Japan Earthquake

On March 11, 2011, a major earthquake of magnitude 9.0 struck Japan, followed by an enormous tsunami that inundated the eastern coastal region. The number of dead and missing exceeded 18,000. This event is known as the Great East Japan Earthquake.

Hitachi High-Technologies suffered the effects as well, with significant damage to the Naka Division, Ibaraki Branch Office, and Tohoku Branch Office, as well as to the facilities of subsidiaries in Ibaraki. In particular, the Naka Division sustained considerable damage to its buildings and manufacturing equipment. Thankfully, none of the employees were injured, but three family members of Hitachi High-Technologies personnel lost their lives in the disaster.

The damage to the Naka Division, Hitachi High-Technologies’ largest manufacturing facility, was serious. Once again the company found itself facing a crisis.

Hitachi High-Technologies immediately established a Large-Scale Earthquake Countermeasures Headquaters (later renamed the Companywide Disaster Countermeasures and Recovery Headquaters) to ensure customer support while implementing full-scale efforts to assist the stricken facilities, assist suppliers, maintain distribution functions, and restore the information infrastructure. Thanks to this hard work the Naka Division was declared back in operation on April 1, with production of semiconductor measuring and test equipment and products related to scientific and medical systems already back to 90% of the former level. The ordeal provided Hitachi High-Technologies with invaluable experience in dealing with challenges such as earthquake damage and power supply instability.

At the time a new main building was under construction at the Naka Division. Designed to be quake resistant, its completion in November served as a symbol of the division’s recovery and revival. As part of a business continuity plan utilizing the experience gained from the earthquake, a new production facility was established to manufacture medical and biological consumable products in Omuta, Fukuoka Prefecture.

In April 2011 Masao Hisada was appointed Representative Executive Officer, President, Chief Executive Officer, and Director. He stated his key priorities as follows: “I will do my utmost to enable Hitachi High-Technologies to overcome the effects of this earthquake, which is nothing less than a national disaster, and to steer us safely toward the 10th anniversary of the company’s establishment. As we approach the milestone of 10 years of growth, I will lead the way as we embrace the challenge of staying at the cutting edge, work to create an open and global business, deepen our collaboration with customers, and advance at a faster pace than anticipated as a company that embraces CSR in the true sense.”

Also in April an organizational system based on business groups was introduced alongside a horizontal organizational approach companywide for sales, R&D, and manufacturing; vertical business lines; and matrix management. Among management personnel, the functions of corporate staff and business staff were separated; information systems personnel were reorganized and consolidated; and Corporate Marketing Group and Global Sales Strategy Departments were put in place. In the area of manufacturing, the Kasado Division was reorganized as the Kasado Design and Production Division, and the Naka Division as the Naka Manufacturing Division within the Corporate Manufacturing Strategy Group. The Flat Panel Display & Hard Disk Manufacturing Systems Sales Division and Fine Technology Products Business Group were merged to create the Fine Technology Systems Business Group.

Overseas, in April the name of Dalian Naka Instruments Co. Ltd. was changed to Hitachi Instruments (Dalian) Co. Ltd., the same month an application lab was established, and in June an analysis equipment development center was established as Hitachi High-Technologies’ first offshore development facility, with the aim of anticipating customer requirements, based on local joint research and academic and business trends, and incorporating these insights into the development of new products. In October PT. Hitachi High-Technologies Indonesia was established, marking the culmination of market development efforts that began with the setting up of a Jakarta office in 1995. 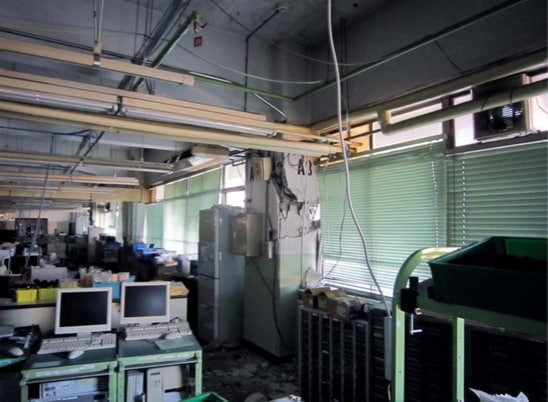 Mountainside building of the Naka Division, which sustained unprecedented damage Main building of the Naka Division, which incorporates quake-resistant measures and is designed to encourage fusion of technology 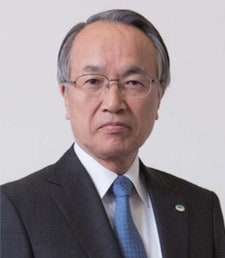