In 2000 they were admitted to the W LEAGUE, the Women’s Japan Basketball League, the top women’s basketball league in Japan. The team changed its name to the Squirrels in 2001 and then in 2007 to the Cougars, inspired on a desire to thrill spectators with their magnificent performance. All the while, they continued to exhibit an unfettered running game and abundant fighting spirit.

Corporate-sponsored sports teams proliferated in Japan during the postwar period of high economic growth, but with the bursting of the asset price bubble in the early 1990s many were disbanded one after another. The Cougars managed to buck this trend, continuing to compete as an embodiment of the solidarity of the company’s employees. Since the foundation of Hitachi High-Technologies Corporation in 2001 they have become the symbol of Hitachi High-Tech and the Hitachi High-Tech Group.

Today, as the embodiment of the Hitachi High-Tech SPIRIT, the Cougars contribute to the company’s local outreach initiatives, for example by holding basketball clinics for local children. 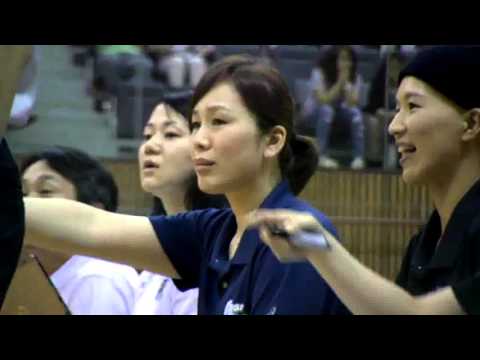