The field of cultural heritage science, which uses scientific methods to study archaeological and historical materials such as excavated samples, consists of three primary branches: (1) research related to production sites, aging, and ancient environments, (2) research on deterioration mechanisms and other material properties, and (3) research targeting preservation and restoration. In all cases, non-destructive analytical methods are prioritized, and the taking of material samples is kept to an absolute minimum. However, many archaeological and historical materials have non-uniform compositions, with elemental concentrations that vary from point to point; moreover, the majority of such materials are in an advanced state of decay. For these reasons, results obtained from the analysis of only one portion of a sample are often of questionable value in reflecting the properties of the sample as a whole. In cases where destructive analyses are allowable, it is thus important to perform as many measurements as possible to obtain a large amount of information. Here we report elemental mapping images of several archaeological specimens, including (a) silver and copper Kan’ei tsuho coins used as currency in the late Edo period of Japan, and (b) natural whetstones used to sharpen swords.

We next restricted the range of measurements to regions of Ø2.5 mm and used an energy-dispersive X-ray fluorescence analyzer (Hitachi High-Tech Science, SEA5200A) to perform mapping measurements. The concentrations of Cu, Ag, Si, Sn, Pb, and As were found to vary depending on the region sampled. In particular, the concentrations of Ag and Si were correlated, with Ag-poor regions being Si-rich. Figures 1–3 show representative results of mapping measurements for the various samples. 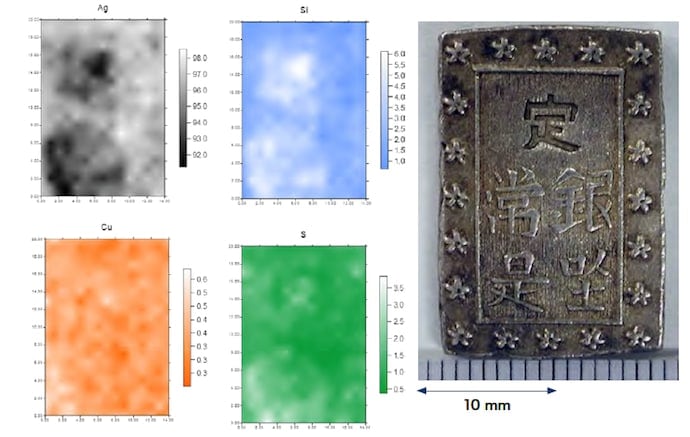 Fig.1 EDS mapping measurements of the back side of a Tempo ichibu-gin silver coin (Ø2.5 mm) 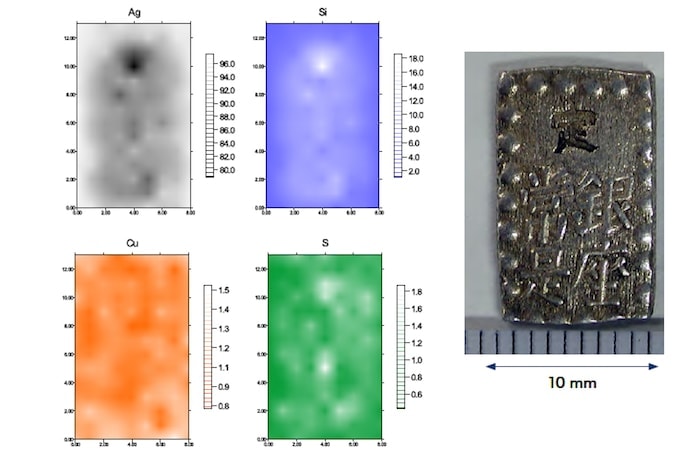 Fig.2 EDS mapping measurements of the back side of an Ansei ichibu-gin silver coin (Ø2.5 mm) 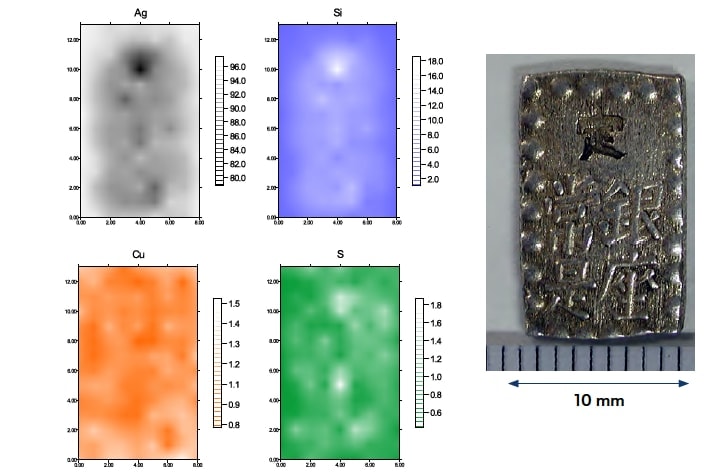 Fig.3 EDS mapping measurements of the back side of a Kaei isshugin silver coin (Ø2.5 mm)

The results of all measurements consistently show that the Tempo ichibu-gin silver coins exhibit the greatest purity, while the Ansei ichibu-gin silver coins are the least pure. In the Ansei ichibu-gin silver samples, Cu—which constitutes some 10% of the coins—is plentiful in the interior, but is also scattered non-uniformly over the surface. When making measurements of coins, it is common to consider just one region of a sample; however, our findings demonstrate the importance of analyzing the entire sample combined with mapping measurements, particularly for the quantitative analysis of trace elements.

Copper coins made from a ternary alloy of Cu, Sn, and Pb were historically the most widely circulated form of currency. In the middle ages, the coins used as currency were brought in from overseas. Later, large numbers of duplicate and counterfeit coins were produced in regions throughout Japan, and these too went into circulation. For government-issued coins, it is thought that the relative concentrations of the raw materials—the base metals Cu, Sn, Pb—were adjusted over appropriate ranges to achieve certain standards for surface hardness, abrasion resistance, strength, ductility, and other material properties. The various metals were probably combined in the molten state to form a bronze alloy, which was then formed into coins. By contrast, in duplicate and counterfeit coins, the concentration of Sn is often extremely low.3-5) Whereas Cu and Pb mines were fairly numerous and widely distributed across mainland China and Japan, the geographical distribution of Sn was much sparser. It is thought that, before the modern era, Sn was produced in insufficient quantities and at higher manufacturing cost than other metals. The samples considered in this study are seven Kan’ei tsuho coins that were excavated in their entirety from Kokura Castle site 3: we denote these as #1 (old Kan’ei), #2 (new Kan’ei-genjisen), #3 (old Kan’ei), #4 (old Kan’ei), #5 (old Kan’ei), #6 (new Kan’ei), and #7 (new Kan’ei-monsen). It is believed that the circulation of Eiraku tsuho coins was terminated in 1608 (the 13th year of the Keicho era), and that the production of Kan’ei currency began in 1634 (the 11th year of the Kan’ei era). Near Kokura Castle stands Kurosaki Castle,6) which was constructed in the 9th year of the Keicho era and at which a counterfeit coin production facility was discovered.

All of the samples are copper coins for which the primary constituent is Cu. Samples #4 and #5 are a ternary alloy of Cu, Sn, and Pb. Samples #2 and #3 contain Fe and Pb as well as trace amounts of As and Sn. Sample #1 contains almost nothing except Cu and Pb.

Elemental analysis of a natural whetstone We have presented illustrative examples of elemental analyses of silver coins, copper coins, and natural whetstones. The results of elemental analysis, taken together with position information, are related to the characteristics of samples and may be considered an effective means of identifying the type and production site of excavated samples and archaeological resources. Indeed, in conjunction with the reconstruction of the Inariyama burial-mound sword excavated in Japan’s Saitama prefecture, which was completed last July, a whetstone excavated from Inariyama was analyzed. The results obtained for the Fe concentration suggested that the stone was of either the Aoto or Tsushima-do variety, with results for the Ca concentration indicating that Aoto was highly likely. This result, together with an investigation of sharpening residue on the surfaces of characters inscribed on the sword, led modern-day sharpener Okisato Fujishiro to conclude that the sharpening stone was an Aoto stone used in the final stage of the sharpening process. Similarly, a fluorescence X-ray elemental analysis combined with the results of mapping measurements proved useful in classifying and studying a Narutaki-to stone excavated near Tameike.8) It is important to make effective use of the results of non-destructive and non-contact analyses by working to establish correlations with detailed information obtained by destructive analyses. To this end, we can look forward to analytical instruments offering even greater precision and reduced measurement times.
The research reported here was a joint study with Keiji Umezaki, who provided copper coin samples; Yasushi Nishiwaki, who provided silver coin samples; and Okisato Fujishiro and Manami Takaoka, who provided whetstone samples. The research was conducted by several students in our university laboratory. Hitachi High-Tech Science Corporation assisted in developing dissolution methods for silver coin samples. We extend our gratitude to all of the contributors.