In general, excitation wavelength and fluorescence wavelength are measured in a wavelength range from ultraviolet to visible (approx. 200-800 nm). The fluorescence intensity obtained can comprise tens of thousands of data points, and this enormous amount of numeric data is used in multivariate analysis for identification analysis.

Ease and simplicity of analysis

In general, instrument analysis of food or crop materials involves various pretreatment processes. To the greatest extent possible, fluorescence fingerprint analysis measures a fluorescence pattern unique to a sample itself. Measurement can be accomplished with the minimum necessary level of grinding, dissolving, filtering, or other pretreatment, and samples such as fruit sections or fresh meat are often analyzed directly. The lack of need for complex pretreatment is one great appeal. Samples can also be analyzed in solution or in solid form (e.g., sheet or powdered form).

Setup and operating costs for the equipment are lower than those of ordinary analytical instruments. For example, in the case of mycotoxin analysis reported by Fujita et al. 3-6), the use of fluorescence fingerprinting analysis is likely to reduce the cost of analysis in the expensive preliminary stage of sample selection (screen analysis) for techniques such as mass spectrometry.

Examples of identification of raw ingredients in starches

Starches including corn, potato, and wheat as ingredients were prepared, and fluorescence fingerprint measurement results were used in efforts to identify starch varieties. Sample quantities of approximately 0.7 cm3 were sealed in powder cells and placed in solid sample holders able to measure fluorescence on the sample surface (Fig. 3). Figure 4 shows the fluorescence fingerprints obtained. Each sample demonstrated several peaks. Peaks observed near a fluorescence wavelength of 300 nm were conjectured to derive from amino acid constituents of proteins. The wavelengths of the peaks produced did not show major differences among the samples, but differences in peak intensity were observed. On this basis, the fluorescence intensity of representative wavelengths corresponding to peaks and valleys was identified for principal component analysis. Figure 5 presents the results, with Principal Component 1 on the y-axis and Principal Component 2 on the x-axis. The plots show gross distinctions corresponding to respective ingredients. For example, the location of plots including a blended item is discernibly different than that for a pure item. These results were interpreted as corn- and potato-based blends. Thus, the use of principal component analysis has potential application in identification of ingredients in unknown samples, quality control, and defective product analysis. 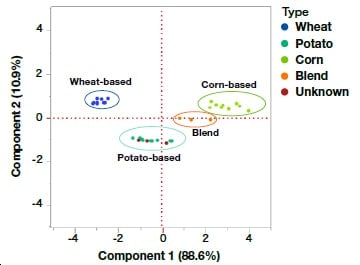 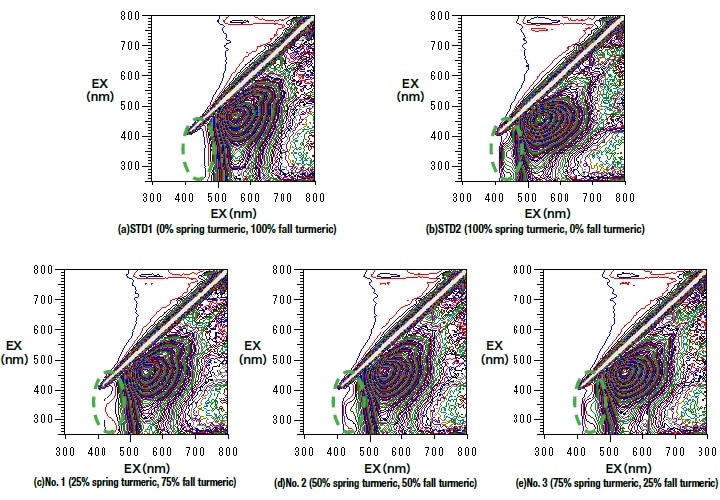 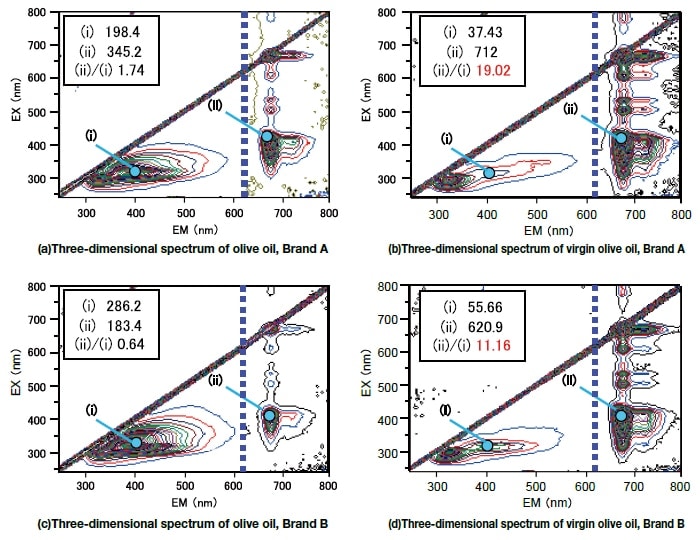 Fig. 10 An example of discrimination by principal component analysis of samples

The field of foods involves many different types of specimens, and the perspectives highlighted by analysis also differ substantially, depending on their purpose. As a result, research has addressed the expansion of applied examples for purposes such as creation of analytical techniques suited to different specimens and purposes5). Efforts to apply fluorescence fingerprint analysis to food fields have resulted in reported results in a wide range of fields, and levels of interest have increased dramatically in recent times. It is hoped that fluorescence fingerprinting analysis settles as a method for more convenient and rapid analysis than conventional methods and that it eventually becomes a technology with potential for societal contribution.