The ChromasterUltra Rs 6440 Fluorescence detector uses 0.1 mm inner-diameter tubing from the column to the detector and a 3 µL (irradiated volume) flow cell. Comprehensive reduction of the factors causing peak dispersion provides the greatest possible inhibition of component peak dispersion and delivers sharp chromatogram peak shapes.
Figure 2 is an example of 15-component analysis of a polycyclic aromatic hydrocarbon (PAH). This class of compounds has multiple benzene rings, and findings on its carcinogenicity have also been reported. The 15-component PAH was successfully separated in 14 minutes. To allow high-sensitivity detection of each component in conjunction with these results, the detection wavelength of the ChromasterUltra Rs 6440 Fluorescence detector is also switched by a timing program during measurement. 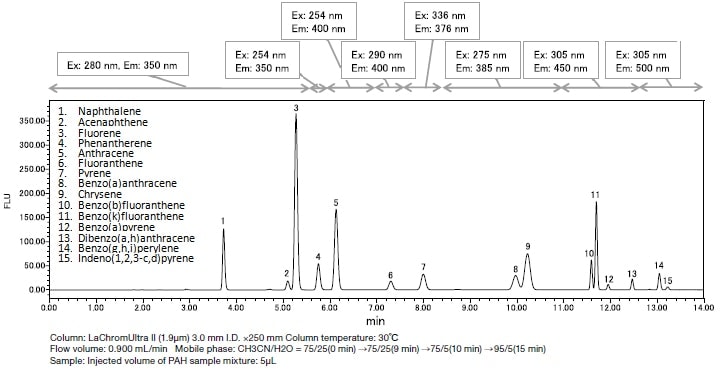 A new "wide mode" has also been added to the existing dynamic range. As shown in Fig. 3, wide mode increases the calibration curve range approximately 5-fold compared to the existing standard mode.
As a result, sensitivity can also be raised by increasing injection volume, and concentration differences in components also allow simultaneous measurement of components not possible previously.

As a comparison to chromatograms produced by dynamic range setting, Fig. 4 shows measurement results in standard mode and wide mode for the PAH shown in Fig. 2. The Fluorene peak detected at approximately 5.3 minutes is not quantifiable in standard mode due to peak saturation, but the availability of wide mode allows peak detection. 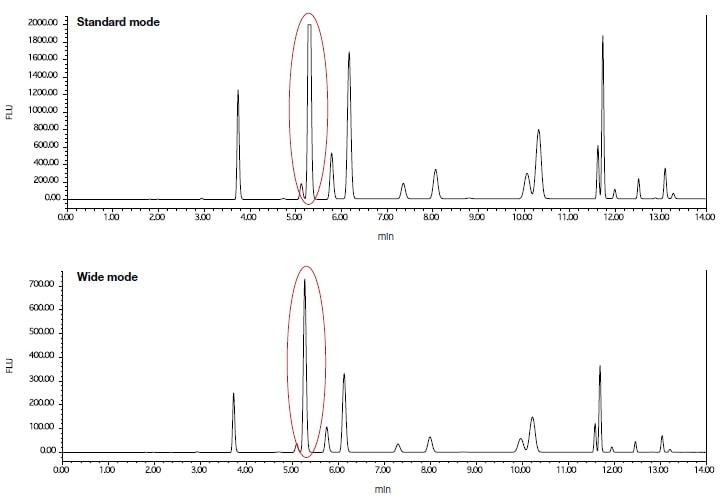 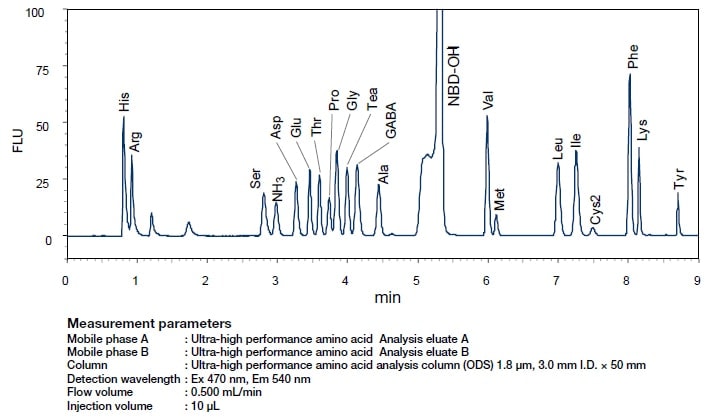