In the global marketplace, in which the Hitachi High-Tech Group operates, the changes in the business environment surrounding companies have become even severer. It is crucial that we continue to provide creative and pioneering solutions to our customers and society through continuous innovation to succeed in the competition. The Hitachi High-Tech Group respects diverse sensibilities and values and is working to incorporate them as one of our major initiatives to achieve growth based on the commitment of the top management staff, by placing "diversity management," which will lead to the production of organizational dynamics, at the core of our management. We regard gender, race, nationality, religion, career background, age, personality, values, sexuality (LGBT), and all other external and internal differences as part of a person's individuality. To ensure that each and every employee can make the most of his or her own abilities, we are actively striving to foster a culture of respect as well as enhance mechanisms within the Group. 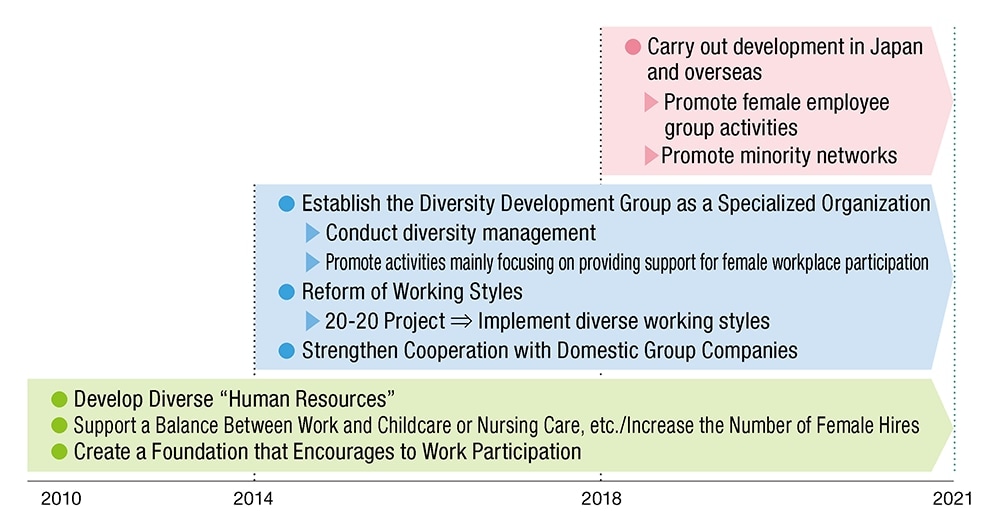 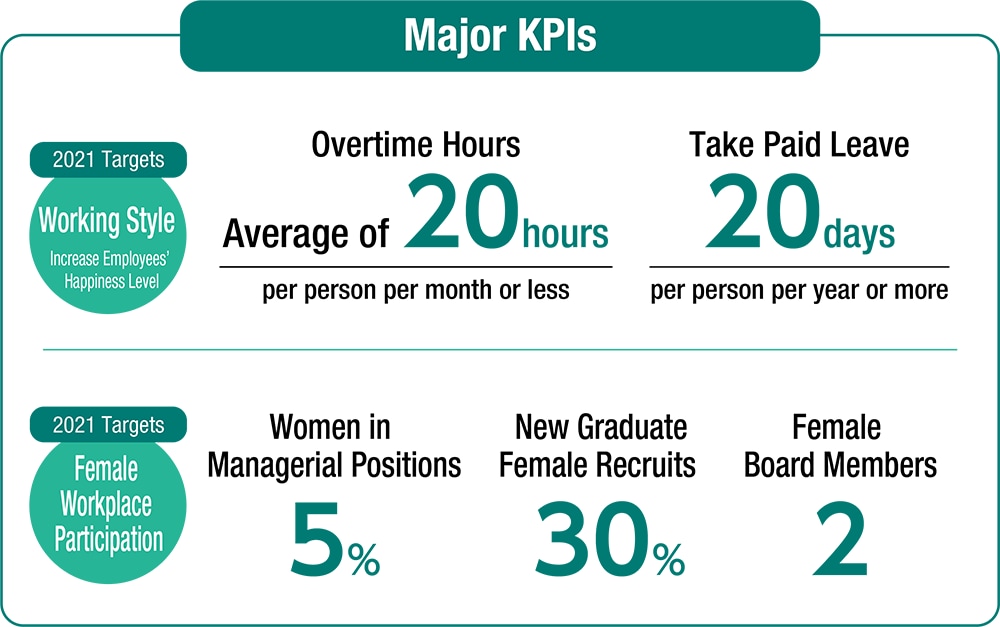 We have been developing the 20-20 Project since FY2015 to make our working lifestyles highly productive and increase productivity. Each workplace is making innovative efforts for efficient utilization of working hours and well-modulated working styles as the top commitment. We are also taking initiatives aimed at appointing women as officers and achieving a rate of 5% of managerial posts being held by women (doubling the rate reached in FY2014) by FY2020 for the promotion of active participation of women. The 20-20 Awards, which celebrate favorable examples of working-style reform

Hitachi High-Tech strives to employ a diverse range of exceptional people. Of the 103 new employees who joined the company as general employees in April 2019, 26% were women, and 6% were from outside Japan. In addition, we employed 92 people with career experience between April 2018 and March 2019.

Valuing Diversity Among Our Personnel

Major efforts are as follows:

The Nadeshiko Brand initiative is for the purpose of selecting and publicizing outstanding listed enterprises that support women's careers and supporting women in balancing work and family. It is jointly undertaken by the Ministry of Economy, Trade and Industry (MATI) and the Tokyo Stock Exchange, Inc. The company was selected for two consecutive years in FY2016 and FY2017. 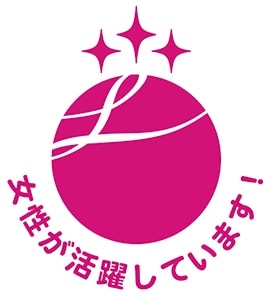 Under the Eruboshi certification program, the Minister of Health, Labour and Welfare certifies enterprises that have made outstanding efforts after formulating and submitting a plan for promoting the participation of women. The company has passed all 5 evaluation categories and earned the top stage of certification.

The Forbes Japan Women Award is the largest-scale award for women in Japan. It celebrates companies that actively strive to create a work environment that is friendly to ambitious women and women who have made outstanding achievements during the year.
Hitachi High-Tech has won praise for its 20-20 Project as an initiative for workplace reform.

The Group has 10,898 employees within Japan and overseas as of March 31, 2018. We seek to avoid discrimination on the basis of race, nationality, gender, or disability in our hiring practices and endeavor to create and maintain stable employment. 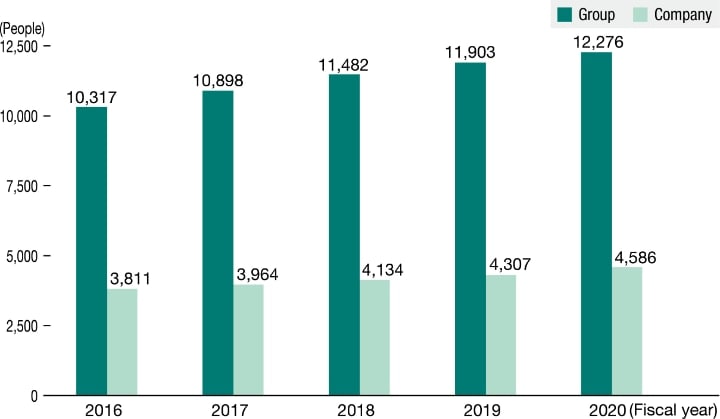 Promoting Employment of People with Disabilities

In response to the Act on Stabilization of Employment of Elderly Persons, we have introduced a system of life planning options that enables employees to open a variety of lifestyles after at the age of 60. This system is becoming firmly established within Hitachi High-Tech. Under the post-60 re-employment system, we are putting in place an environment that enables all seniors to play an active role in the company, making full use of their knowledge and experience.

Expanding Employment of People from Outside Japan and Promoting Their Participation