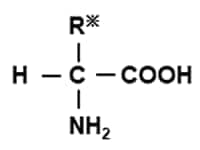 Individual organic groups are bonded to R. Characteristics of each amino acid differ depending on the nature of R. 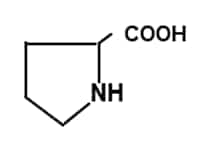 Proline has a ring structure. It shows specific optical properties different from other amino acids.

Amino acids are represented by three-letter code that are almost unified worldwide.

In the field of amino acid analysis, Asparagine (Asn) and Glutamine (Gln) may be written as AspNH2 and GluNH2. Similarly, Cys may refer to Cysteine. 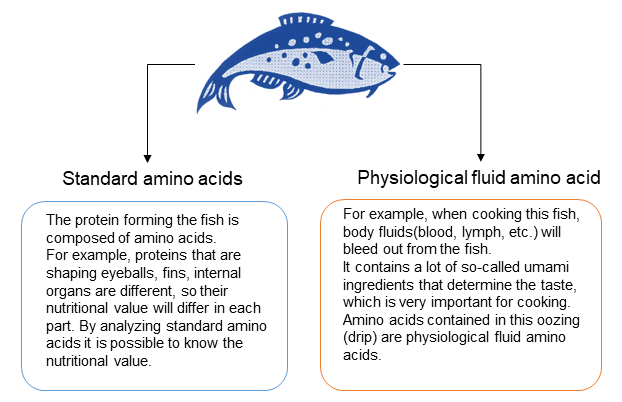 Most of amino acids are difficult to separate and detect because their hydrophilicity is high, and their UV absorption and fluorescence are low. With the post-column ninhydrin method, the Hitachi LA8080 Amino Acid Analyzer can afford separation and analysis of approximately 50 amino acids. 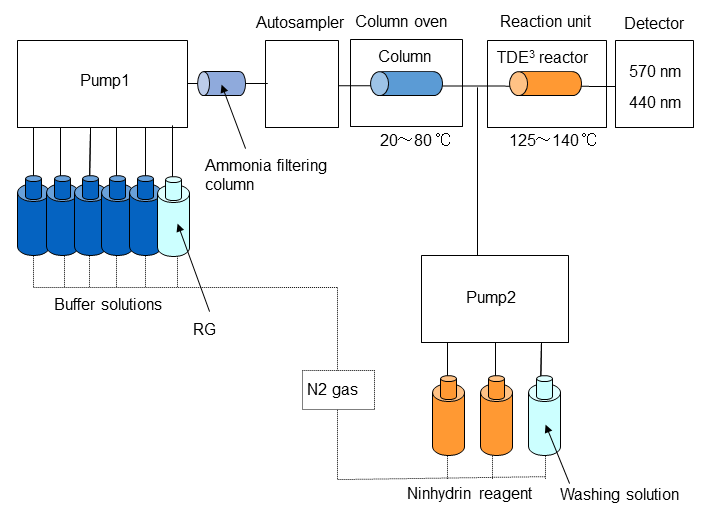 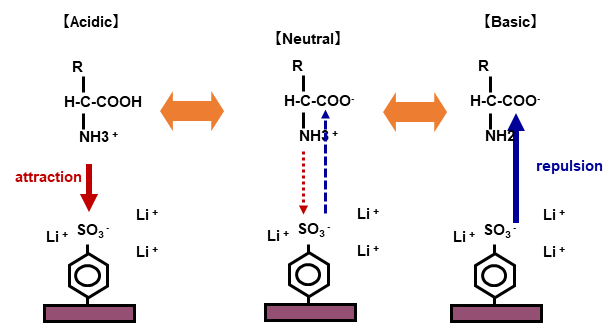 The cation exchange column has a high chemical strength and can be washed with basic solutions. However, it doesn't have very high physical strength.
Sudden pressure fluctuations may cause degradation of the column, so you should pay attention to the pressure applied to the column.

The buffer solutions can be purchased locally. For the detail, you can ask local sales.

You have to use special grade reagents or reagents graded for amino acid analysis.

There are two types of derivatization: pre-column and post-column. The post-column derivatization method adopted for the Hitachi High-speed Amino Acid Analyzer LA8080 has advantages such as less influence of contaminants and better reproducibility. 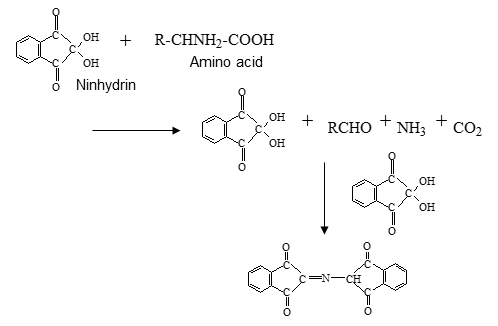