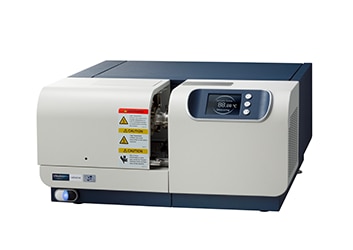 In addition to conventional applications, the NEXTA STA series shows its strength in analyses such as quantitative determination of the constituents of advanced materials, composite materials, and trace amounts of moisture.

The NEXTA STA series incorporates a new balance control technology in addition to the horizontal digital dual beam system that has been well received in our previous models. Conventionally, baseline drift occurs due to hysteresis in the temperature program or surrounding environmental factors. However, by incorporating a new balance technology, the NEXTA STA series achieved baseline stability that is not affected by the temperature program. 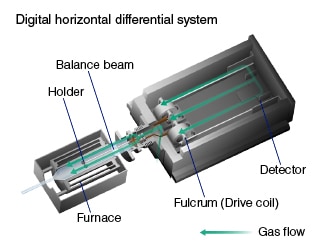 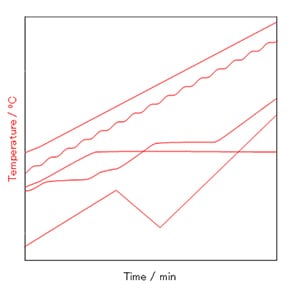 The NEXTA STA series showcases an evolution from DTA to DSC, enabling simultaneous thermogravimetry and DSC measurement, which defines it from its predecessors. In addition, by using temperature modulated DSC, specific heat capacity measurements are achieved over a wide temperature range that cannot be measured by (the) standalone DSC.

The well-received “Real View®” option has been further developed.
Not only are samples observed while measurements are in progress, but various analysis features have been incorporated, such as digital zoom, image analysis, length measurement capability, and color analysis, which can support a variety of applications. *
“Real View” is a registered trademark of Hitachi High-Tech Science Corporation in the U.S, Brazil, China, India, Turkey, the European Union, and Japan.

Describing the principles of thermal analysis and viscoelastic equipment.

Understand how your samples will perform with Hitachi thermal analyzers.

Thermal analysis software that features a guidance function and a new measurement mode that is very easy to use, even for beginners.

References and presentation documents regarding thermal analysis and viscoelasticity.

The trademark that represents our strong bond with the customer and shows our pledge to connect science and society to create new value.