The management reforms aimed at achieving “purposeful consolidated management” bore fruit, and Hitachi High-Technologies recorded its highest profit to that point in fiscal 2007. However, the subsequent financial crisis following the collapse of Lehman Brothers resulted in a sudden slowdown in performance, and in fiscal 2009 the company recorded the first financial deficit since its founding. Amidst the volatile business climate President Obayashi and the entire company working in unison implemented emergency measures, including structural reforms of unprofitable businesses, and succeeded to bringing about a turnaround in fiscal 2010.

Alongside emergency measures aimed at business recovery, formulation of the Long-Term Management Strategy (CS11: Corporate Strategy 2011) for the coming decade was proceeding in earnest. The four themes presented and discussed at the Executive Officers’ Brainstorming Session (BS10) held in June 2010 were “optimized worldwide business operation system,” “strengthening the worldwide manufacturing system,” “R&D strategy and system,” and “reviewing and boosting the efficiency of corporate functions.” Building on the results of the session, investigation of the specifics proceeded thereafter.

It was essential, with regard to the path the Hitachi High-Technologies Group should follow, to clarify “areas of core competence (what sort of company to become),” “areas of action (where to compete),” and “objectives (what to strive for),” and to establish “stronger management foundations and shared values” in order to realize those goals.

To achieve better business results in four promising fields where growth was anticipated (life sciences, the environment/new energy, next-generation electronics, and social innovation) it would be important to strengthen synergies between the trading and manufacturing functions; rebuild the business portfolio based on a clear identification of the target fields; pursue global expansion with a focus on key regions; and coordinate efforts with the Hitachi Group, which was working to strengthen its social innovation business. Essential goals were identified as strengthening the management foundation to enable implementation and acceleration of the above efforts, continuing to proceed together with customers at the forefront, pursuing added value for customers, and generating new business opportunities.

The compilation of CS11 continued, and in April 2011 the company implemented major reforms that included switching to an organizational system based on business groups and the introduction of matrix management to strengthen vertical business lines and horizontal companywide functions.

The Long-Term Management Strategy (CS11) was announced in October 2011. President Hisada noted that “CS11 lays out the path of our business operations for realizing the Corporate Vision as our top policy and will become the foundation of our decision-making” and advocated “proceeding together with customers at the forefront as an enterprise that creates new cuttingedge business opportunities,” as mentioned in the strategy statement. 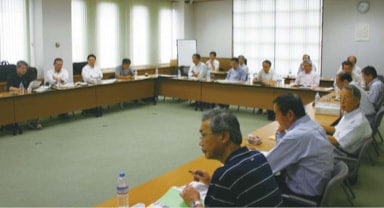 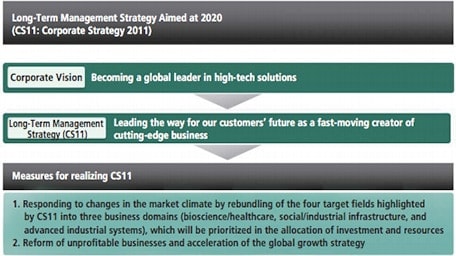 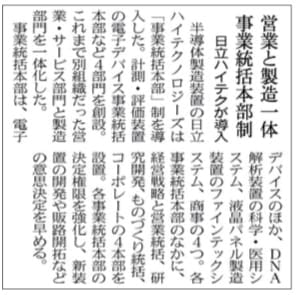 Article in April 25, 2011, edition of Nihon Keizai Shimbun reporting the switch to an organizational system based on business groups