- First Ever R&D Facility to Be Certified in Japan -

Biodiversity conservation and restoration measures are being accelerated on a global scale, as highlighted by the adoption of the Aichi Biodiversity Targets*3 at the tenth meeting of the Conference of the Parties to the Convention on Biological Diversity ("COP 10") held in Aichi Prefecture, Japan in 2010, along with the amendment of ISO 14001, the international standard for environmental management systems (EMS)*4, in September 2015, to address biodiversity. Biodiversity is becoming increasingly important for corporations in fulfilling their roles as good corporate citizens.
The JHEP certification is a system for quantitatively evaluating and certifying activities that contribute to the conservation and restoration of biodiversity based on the Habitat Evaluation Procedures (HEP) that are in widespread use in Western countries. The JHEP is established as Japanese version of the HEP, and its system seeks to attain better visualization of biodiversity activities by objectively organizing these activities in terms of their contribution to biodiversity and extent of achievement, enabling companies to increase the transparency and efficiency of those activities.

In the past, the Hitachi High-Tech Group has set forth the realization of an environmentally harmonious and sustainable society as part of its Guidelines for Environmental Action. As part of EMS activities, the Group has proactively worked to conserve biodiversity and live in harmony with nature.
The Woodlands of the Hitachi High-Tech Science is located on the grounds surrounding the R&D facility at Hitachi High-Tech Science's Oyama Works. The goal is to restore a woodland area of approximately 44,000 square meters into a managed natural environment known in Japan as satoyama, which has served as a key part of people's daily lives in the past. Since fiscal 2015, Hitachi High-Tech has been continuously working to successively develop a broadleaf forest by taking full advantage of local native plant species growing on the site, as well as to restore Japanese silver grass fields where a variety of native wildflowers can thrive and to remove non-native plant species, among other activities.
These activities were highly rated and awarded the second highest AA+ evaluation rank. As a result, the Group's R&D facility became the first in Japan to receive JHEP certification.

With this JHEP certification, the Hitachi High-Tech Group will continue to help conserve biodiversity through both business activities and its environment and social contribution initiatives, with the aim of fulfilling its corporate social responsibilities.

*1
JHEP system: JHEP system compares biodiversity values for a habitat "in the past before a project" and "in the future after a project." It then performs an evaluation and assigns a rank based on the difference between the two values and certifies habitats. JHEP is the only certification system in Japan to demonstrate that a project either does not reduce the amount and quality of natural habitat (suffers no net loss of habitat value) or improves the habitat (provides a net gain of habitat value)
*2
As of December 7, 2015
*3
Aichi Biodiversity Targets: Targets calling for effective and urgent action to stop the loss of biodiversity by 2020
*4
Environmental Management System (EMS): A system that sets forth frameworks and procedures, etc. for achieving policies and targets for protecting the environment that have been established by business operators in the course of implementing environmental protection activities.

Outline of the Woodlands of the Hitachi High-Tech Science 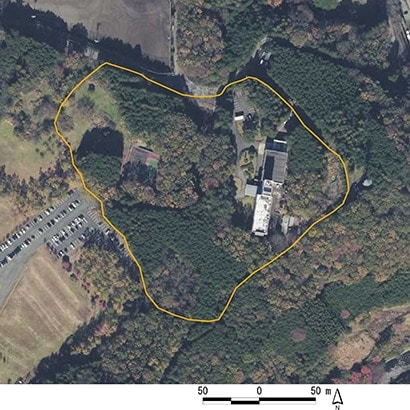 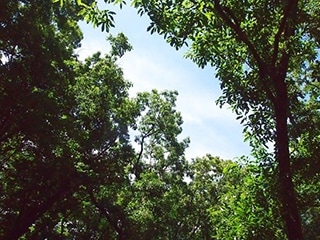 The Woodlands of the Hitachi High-Tech Science is home to a lush broadleaf forest
(sawtooth oak, konara oak and others). 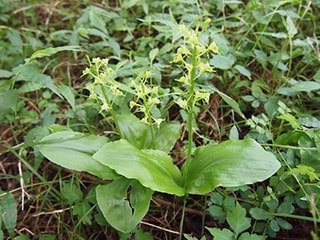 Wildflowers such as liparis kumokiri, which is becoming less frequently seen in the Kanto region, can be found growing here.