Manufacturers of cutting-edge logic devices are developing 7 nm generation process technologies and started mass production of 10 nm generation devices. Refinements in logic device structure have driven demand for capture of defects with high capture rate for defects of 5 nm and below, as well as for capture of more images in a shorter time. In memory devices, the observation of defects in the bottom of deep trenches and contact holes with high aspect ratios has become an urgent priority with the use of architecture based on a stack of multiple memory cells arranged vertically. In defect fatality classification based on defect observation images, there is an increasing demand for determination of failure areas that can lead to a chip malfunction and quantification of fine pattern shape changes.

On CR6300, Hitachi High-Tech has adopted a new XY stage and developed an electron beam control system that is linked to the stage movement, enabling a three times increase in the defect image capture performance per time unit compared to conventional technology. Also, the newly developed electron optic system enables capture of six types of SEM images and uses detection technology that is able to select secondary electrons (SE) and backscattered electrons (BSE) from a sample, based on the electrons’ emission angle and energy. This detection technology enhances the capture rate of signal electrons emitted from deep trenches and contact holes with high aspect ratios, increasing the visibility of pattern shapes at the bottom.

In addition to the defect review function, this system additionally has a shape evaluation function which calculates and outputs the changes in the pattern shape by comparing design data and actual pattern, which is used to optimize control parameters of process equipments such as lithography and etching equipment.
For the bare wafer review function that plays a critical role in monitoring stable operation of process equipment, the illumination laser light has been strengthened threefold, boosting the defect capture rate with a dark field microscope. In addition, the sensitivity of the X-ray detector in the conventional EDX*¹ has been enhanced, enabling defect analysis to be conducted in a shorter time than before, while the maintenance time has also been reduced by changing the cooling system.

Sales of the new CR6300 SEM will start on March 8. The Hitachi High-Tech Group will continue its aim to “become the Global Top in high-tech solutions," and respond swiftly to the needs of customers and markets, working from the customer’s perspective as a fast-moving creator of cutting-edge businesses. 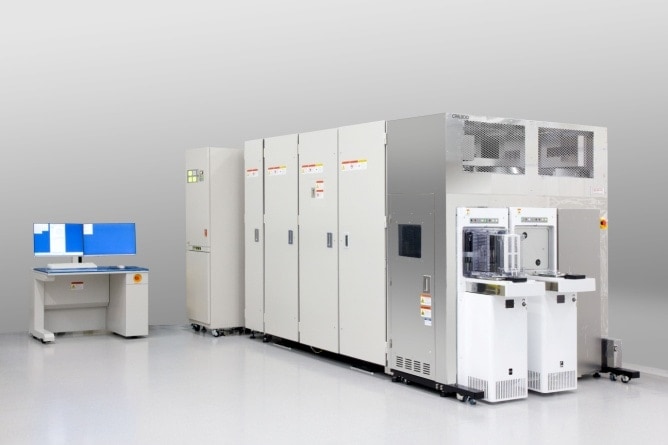